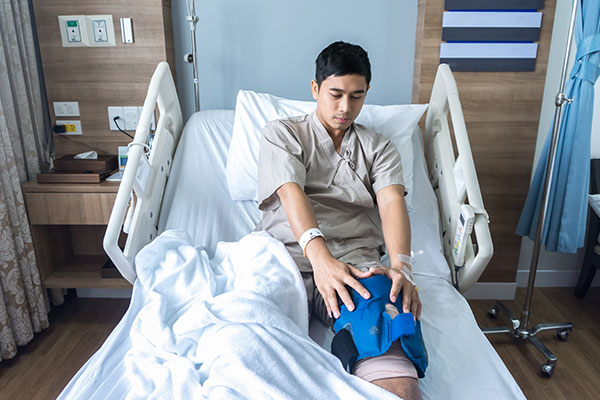 It is assumed that all patients who sustain an anterior cruciate ligament injury need a reconstructive procedure. This type of surgical treatment is, as you know, very common in Australia especially in Sydney and Melbourne.

However, evidence that has arisen over the last 10 years or so, mainly in Scandinavian countries casts a significant degree of doubt as to the advisability of anterior cruciate ligament reconstruction in certain patients. There is no doubt that patients who are professional athletes require expeditious recovery and thus proceeding to reconstructive surgery is offered to them without question. However, both the remainder of the population and this includes a large number of people of varying activity levels, it is not necessarily the case that reconstructive surgery is required. Whilst there are questions as to the timing of such surgery, there are also questions, raised in a KANON trial which has been performed in Scandinavia over the last 10 years. The trial has looked at 120 acutely injured knees. The patients were between 18 and 35 years of age with moderate levels of physical activity.

Clearly, therefore, we need to be very careful as to who we recommend should have reconstructive surgery. Surgery is followed by an extensive rehabilitation program, does carry some risks, is not necessarily required in all patients. Therefore, it would seem appropriate for us to carefully consider the need for such surgery. It appears that in many spheres of orthopaedic surgery, particularly in Europe, there is an increasing trend away from acute surgery except in situations such as that of an acute knee injury with a locked meniscal tear or with combination ligamentous disruptions. Combination disruptions such medial plus anterior cruciate plus posterolateral corner clearly require reconstructive surgery.

It is a very interesting study and I believe paves the way for a slightly different understanding of who requires a knee reconstruction.