A/Prof. Miniter hosted 52 people to a night of education, pleasant discourse and some discussion over points of difference. Approximately half were GPs whilst the remainder included physiotherapists, exercise physiologists, chiropractors and massage therapists and podiatrists.

The night concentrated on current concepts of Total Hip Replacement and Total Knee Replacement. The most important advances in the recent past, leading to the current state of play regarding both of these important and increasingly common operative procedures were discussed. A/Prof Miniter not only discussed matters in a semi-formal way, he also fielded intelligent questions directed to him by the audience. He was impressed by the interest shown by the attendees who had clearly considered many aspects of the procedures from the point of view of their clients. They showed particular interest in the post-operative course of their patients. 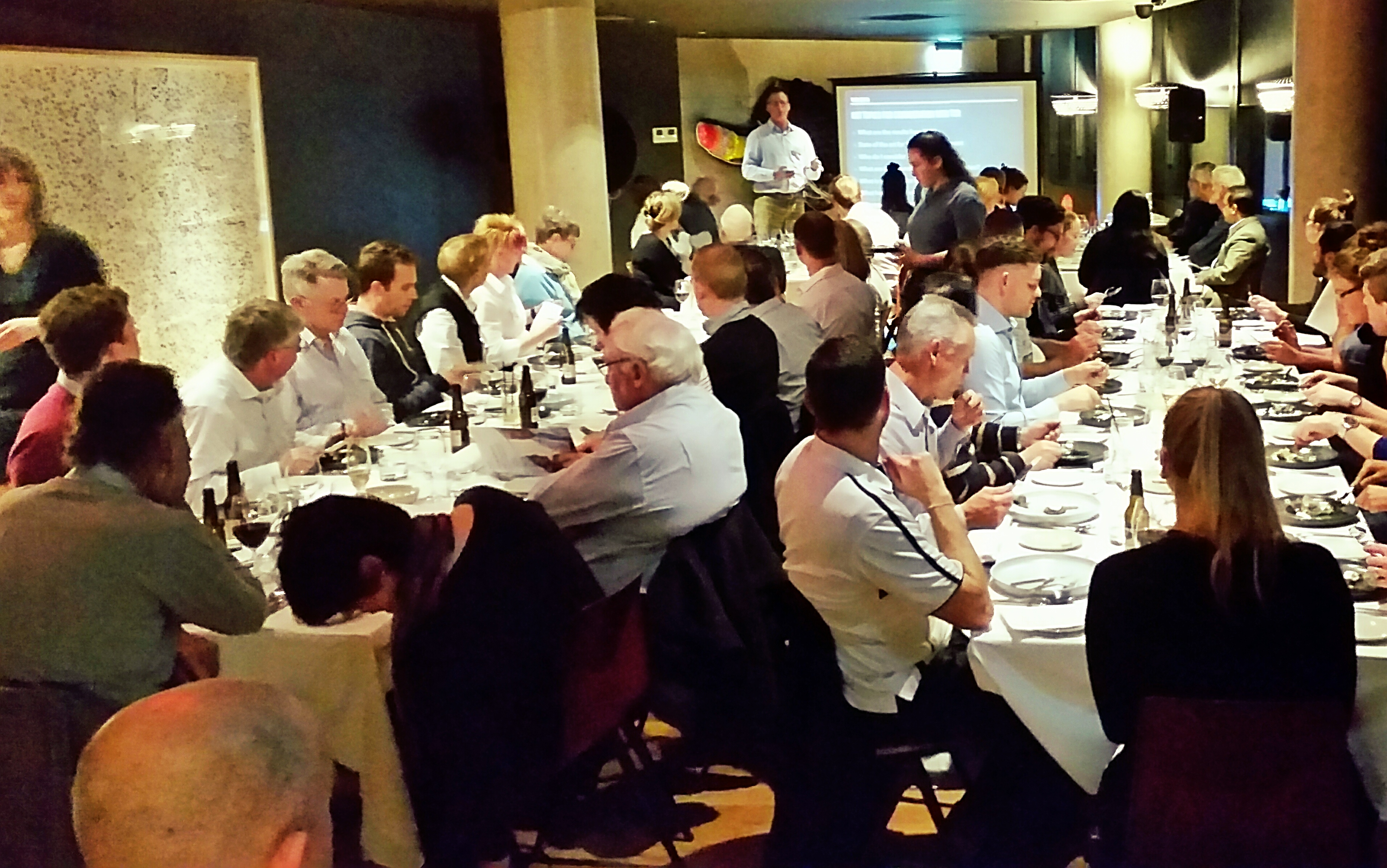 Whilst many topics were covered, some particular points of interest included:

1. The method by which the hip joint is approached surgically via anterior hip surgery. Dr Miniter covered the anatomy of the zone, spoke of the differences between this and the older style of hip surgery, still more than valid in certain circumstances and then went on to speak of the way in which the patients are better off with their recovery. In particular, the lack of restrictions in movement, sleeping position, and immediacy of ambulation was stressed with the new approach to the hip.

2. The role of physiotherapy and exercise physiology in recovery from Total Knee Replacement was discussed. Some physiotherapists were keen to say that they were not seeing patients postoperatively, sometimes for 6 weeks or so after surgery. A/Professor Miniter informed them that most of these patients were enrolled in Rehabilitation Programmes that were part of the hospital’s postoperative recovery. He mentioned that there was a need for strengthening and rehabilitation but that, if the procedure is done appropriately, the patient should recover without the effort that used to characterize this procedure. This might explain the fact that less patients seem to require an extensive course of postoperative physio and exercise physiology after TKR than in the past.

Associate Professor Miniter also stated that, if patients are struggling to achieve full knee extension, that this may indicate that the procedure itself may not have been entirely successful in the first instance. He discussed the importance of achieving full knee extension at the time of surgery. It is an essential part of his operative procedure; the knee must be straight in the operating room. If it is not then, it is not likely to become so later on!

3. The newer methods of management of pain relief was a particular point of discussion. A/Prof Miniter spoke of the newer methods of management of pain after surgery, especially with knee replacement. Injections of local anaesthetic at the time of surgery, midway through the procedure has been a very significant factor and, combined with the deletion of the thigh tourniquet in almost all cases, as well as the use of TXA (Tranexamic acid ) which has been shown to substantially decrease postoperative bleeding have allowed marked decrease in postoperative discomfort and swelling.
Read more about TXA (Tranexamic acid)

3. “Zero in on Zero” was discussed.
http://marksnydermd.com/zero-in-on-zero/ 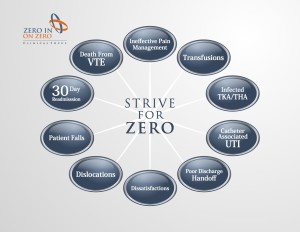 This programme was instituted by Dr Snyder from the USA. He and his team identified 10 factors which have been shown to substantially alter the risk of postoperative adverse events after joint replacement in TKR and THR. This has been a very important development in quality outcomes in joint replacement.

There were many questions around diverse topics, leading to robust discussion. Dr Miniter expressed his enthusiasm to be involved in dialogue with all practitioners and also suggested that attending the operating room to observe these procedures was a very interesting experience. He encouraged attendees to consider doing so and offered this experience to appropriately qualified practitioners by contacting his office staff. The food and wine were both excellent in the Mosaic Room of Hotel Hotel. The evening attracted CME points for the college of general practitioners and will be repeated in the near future to allow others the same opportunity. A/Prof Miniter spoke of his enthusiasm to also involve members of the general public in a similar session to help with general information and education relating to joint replacement.