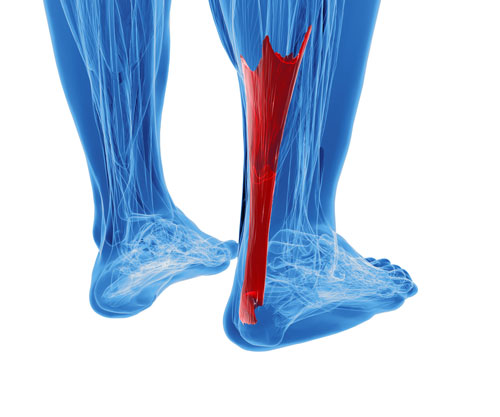 Having to tell an athlete “You’ve ruptured your Achilles Tendon”…. Is one of the worst conversations you will have especially when they have been preparing and training for an upcoming event. It’s an injury that requires surgery and historically 9-12 months of rehab before you are back fully to your chosen sport. What would you say if we told you we could reduce your rehab time by more than half that time!! We’re talking 4-6 months, jogging at 8 weeks, followed by training drills and training by 3-4 months. Dr Paul Miniter from Avalon Orthopaedic travelled abroad to study a revolutionary, innovative technique that when coupled together with a very specific aggressive, accelerated rehab protocol devised by Powerhouse Physiotherapy, dramatically altered the outcome following surgery and has proven to be paramount to our success with our athletes.

The best thing about the “new “ way to manage Achilles ruptures is that the recovery is so much faster, that the wasting from immobilisation is dramatically reduced and the overall time to return to sports is much reduced. The fact that Suzie has people running by 5 weeks is testament to the rapid and very successful rehabilitation protocol that takes place after the surgery.

The surgery is different from before: NOW, we use very strong sutures placed through a very small incision into the proximal part of the Achilles tendon. We then pass these sutures under the skin and secure them into the bone of the heel. It allows immediate weight bearing and the stress of the repair is taken not through the Achilles tendon but rather bypasses it. The effect allows the Achilles to immediately start to heal, at the right length and with stress placed across the new tissue. This allows the area to remodel very quickly and prevents the dramatic calf wasting that used to be such an issue. The operation is a day only procedure, we use a half plaster for only a very short period of time and then start weight bearing in a boot at the one week mark. Most patients have discarded the boot by 4 weeks or less!

Suzie
I don’t believe I have ever been so excited about rehabilitating an Achilles repair. Other than a short stint in a moon boot our athletes were out of the boot walking at 2-3 weeks post op, most were jogging up the hallway at 6-8 weeks, unbelievable when compared to ‘older style’ surgical techniques, when they are often still in a boot at 6 weeks. If this doesn’t convince you then maybe the story of Kai Sklener running the New York Marathon 4 months post Achilles Tendon rupture will, or maybe Erin who returned to Australian level touch football at 4 months post repair, or Blocktopussy who was back on her roller derby skates at 6 weeks and causing chaos in the rink at 5 months. Not only did these athletes have the best start to their rehab, they were all committed, diligent and strong willed which certainly played a part in getting them over the line.

See our Facebook page for all the footage of our previous success stories.