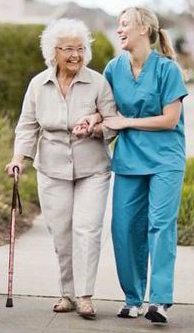 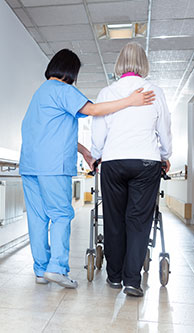 Day 1: I was admitted to the hospital. I was asked to not eat anything overnight, from midnight. I was also asked to bring my X-Rays. When I presented to the hospital, the clerks greeted me downstairs, my information was checked and I was then escorted upstairs to the ward.

In the ward, a nurse met me. She took my history and checked my blood pressure and temperature. She checked the reason that I was being admitted and also made sure that the correct side was being done. I confirmed that I was having a Total Hip Replacement. I was a little anxious as you might expect but felt quite reassured by the professionalism of the staff.

The Registered Nurse came back to my room and told me that A/Prof Miniter liked to have his patients showered before the procedure. I had been given a bottle of skin cleaning agent on the night before the surgery. I had been asked to shower the day before and I was then asked to have another shower, using the same stuff to clean the skin.

The nurse then came back and prepared my skin with an alcoholic pink solution to further cleanse the area before surgery. I put on a special gown and hat and went down the operating room, in my bed, pushed by the orderly and escorted by the nurse.

Once down in the theatre complex, I was greeted by a nurse and, soon after, Dr Miniter came along. He was dressed in theatre clothes and greeted me and then checked which hip was planned to be operated. He used a pen to mark my leg.

The anaesthetist came along and checked my tests; he introduced himself and took a history of my medications, family and all other aspects of my general health. He reassured me that he would look after things and keep me out of pain and nausea to the best of his ability. He did that very well, I might add, as I had virtually no pain after the surgery.

I had a drip put into my arm and, to be honest, I don’t remember anything else until I woke up back in the ward! Wow! The whole procedure itself had been done and I couldn’t remember anything. A nurse was there, asking me about pain relief and nausea. I had neither but she checked me carefully and then made me comfortable. I said to her that I felt more comfortable on my side. She said that this was OK and that the way Dr Miniter did the operation would make it just fine to be on my side if I wanted to do so.

No sooner had she said this than I was introduced to the physio. She introduced herself and then told me that we were getting up! I recalled being told that Dr Miniter was very keen to have me out of bed on the day of surgery but I hadn’t really thought much about that. So, up we got! I couldn’t believe how comfortable it was. There was actually less pain than before the operation!

I was told later on that I could sleep on my side if I wanted but the nurse told me to make sure that she was called if I wanted to get out of bed for a couple of days.

One of my mates had a hip replacement with the older technique through the back and was told not to sleep expect on his back, with a pillow between his thighs for a month or more after his surgery. I remember him complaining about it, a lot, and was grateful that I didn’t have to worry about that.

Day 2: I slept quite well, despite the fact that the hospital is a busy place and it is hard to really sleep well. It isn’t your own bed!

The nurse took my obs overnight and made sure that I was drinking lots. I had the drip removed and sat out of bed to have breakfast. I went to the toilet walking with a frame that they gave me. No problems, I thought. This is too easy!

Later in the day, I went to have an XRay. Dr. Miniter came in to see me and checked things over. See you in a day or so, he said.

I was up and about 3 or four times on that day. The nurses and physios were very helpful. I suppose being quite fit and active helped a lot but I was a little bit surprised at my progress. Dr. Miniter said not to go too hard so I rested up. I slept a fair bit. One of the drugs they give you is called Targin. It makes you a but tired and I was a little bit nauseated. The nurse said she would call Dr Miniter about it. He told her to cross it off the list of drugs. I don’t think I really needed it because I managed just fine without it!